ENGLISH ESPAÑOL
We serve the entire State of Georgia The first thing everyone needs to know about me is that I love Halloween. At my house, Halloween is a big event. I love going to parties, eating Halloween treats, and, most of all, I love dressing up in costumes.

When I was a kid, my family was extremely poor, so we were never able to buy Halloween costumes. But I remember one year when I wanted to be a robot and my mom went all out to help make my costume. We found a big box I could wear and painted it all black. Then my mom tracked down a smaller box, wrapped it in aluminum foil, and turned it into a robot head. I went to a Halloween party with the other kids in the neighborhood, and even though my costume was homemade, it was the coolest costume at the party.

These days, dressing up is still my favorite part of Halloween. I’ve dressed up a Darth Vader, the Grinch, and Jack Skellington, just to name a few. My wife and I go all out, and I aim for costumes no one can recognize me in. Darth Vader was great because of the helmet, but let me tell you, it got really hot really fast. Last year I was Jack Skellington, from “The Nightmare Before Christmas.” That was a great costume. Everyone could see my face, but no one recognized me because of the big bald head.

Of all the costumes I’ve worn in recent years, my favorite has been Batman. I usually rent my costumes, but I went ahead and bought the Batman costume. That one is just a lot of fun. When you’re in costume, you get to be in that role. It’s nice to forget about the stress in life and be Batman for a while. And what kind of lawyer doesn’t imagine being a superhero sometimes?

I dress up for Halloween parties the weekend before Halloween because on Halloween night, our house becomes trick-or-treat central. We’re the starting point for most families in the neighborhood. We kick the front doors open and we have about 30 kids and their parents inside at one time, enjoying food and drinks. We even have adult drinks for the parents who need a pick-me-up while making the rounds.

My wife and I take turns taking the kids trick-or-treating each year. Whoever stays behind is in charge of handing out candy. I don’t mind which role I get, because I enjoy everything about Halloween. This used to be a holiday “just for kids” but as those kids who loved Halloween grew up, we realized that it’s still fun to dress up do something different. Adults have to work really hard to take care of themselves and their families — it’s important to take some time away from work to recharge. A great way to do that is to pretend to be someone else for a while.

And if you can eat mini chocolate bars while you’re pretending to be someone else, it’s even better. 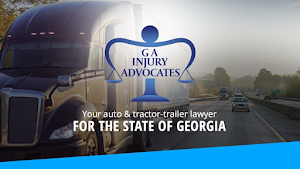 Beavers Family
18:52 20 Sep 19
A big thank you to Rodriguez and Associates for getting me the maximum settlement for my Personal Injury claim. I was involved in a terrible car wreck on April 1, 2019 and received my settlement on September 18, 2019! Mr. Rodriguez and his wonderful office staff were very helpful during the process and did a great job keeping me informed of the developments during my case. Mr. Rodriguez effectively negotiated the settlement with three different insurance companies in just a matter of months. I couldn’t be happier with the outcome considering the terrible circumstances. I highly recommend GA Injury Advocates. Thanks again so very much!read more

Ary Reyes
14:01 31 Aug 19
Ivette sanchez stood with me until the end of the process.Kept me updated and informed me until the process was done. 100% recommended!!read more

G H
13:40 04 Apr 19
Ivette is Great!!She’s very attentive and makes sure all your needs are reached. They do everything in a timely manner, and make sure to keep you updated at all times.You are always able to reach a live person on the phone. Great staff! Highly recommended :)read more

Jose Chaires
22:10 18 Feb 19
Mr.Erkic did an amazing job with the way he handle the case.I am happy with the results that came out.He did a fantastic jobread more

Marilly Alvarado
18:03 27 Nov 18
They were super amazing ! Erick Lara kept me updated on everything! Every detail i needed to know I was aware of it ! I recommend this attorney to anyone that gets into an accident !read more

Cesar Montoya
15:05 16 Oct 18
As a customer for years, if you like personalized and exceptional service, this firm is the one to hire. Not only do they follow up until cases are completed, everyone in the office is a friend. You will not be disappointed.read more

Ray Aguiar
00:54 04 Oct 18
I get requested very often to rate individuals, products and companies. I never really fulfill these requests because I don't have time, I am not interested, or I don't have a strong reason why! Today I have a good reason and his name is Erick Lara Paiz. Erick the legal assistant with Rodriguez & Associates, a law firm that represented me in a car accident injury. Erick is a very respectful and well spoken person. He is extremely knowledgeable and always more than willing to help. Erik is great with keeping me informed with what is going on with the case. I love the fact that anytime I call with questions on inquires Erick will almost ALWAYS answer. In the event that he doesn't pick up and I leave a message, he calls me back so QUICKLY. Anybody who is looking to hire a law firm to represent them. Please give Rodriguez & Associate a call and ask for Erik Lara Paiz!read more
Next Reviews